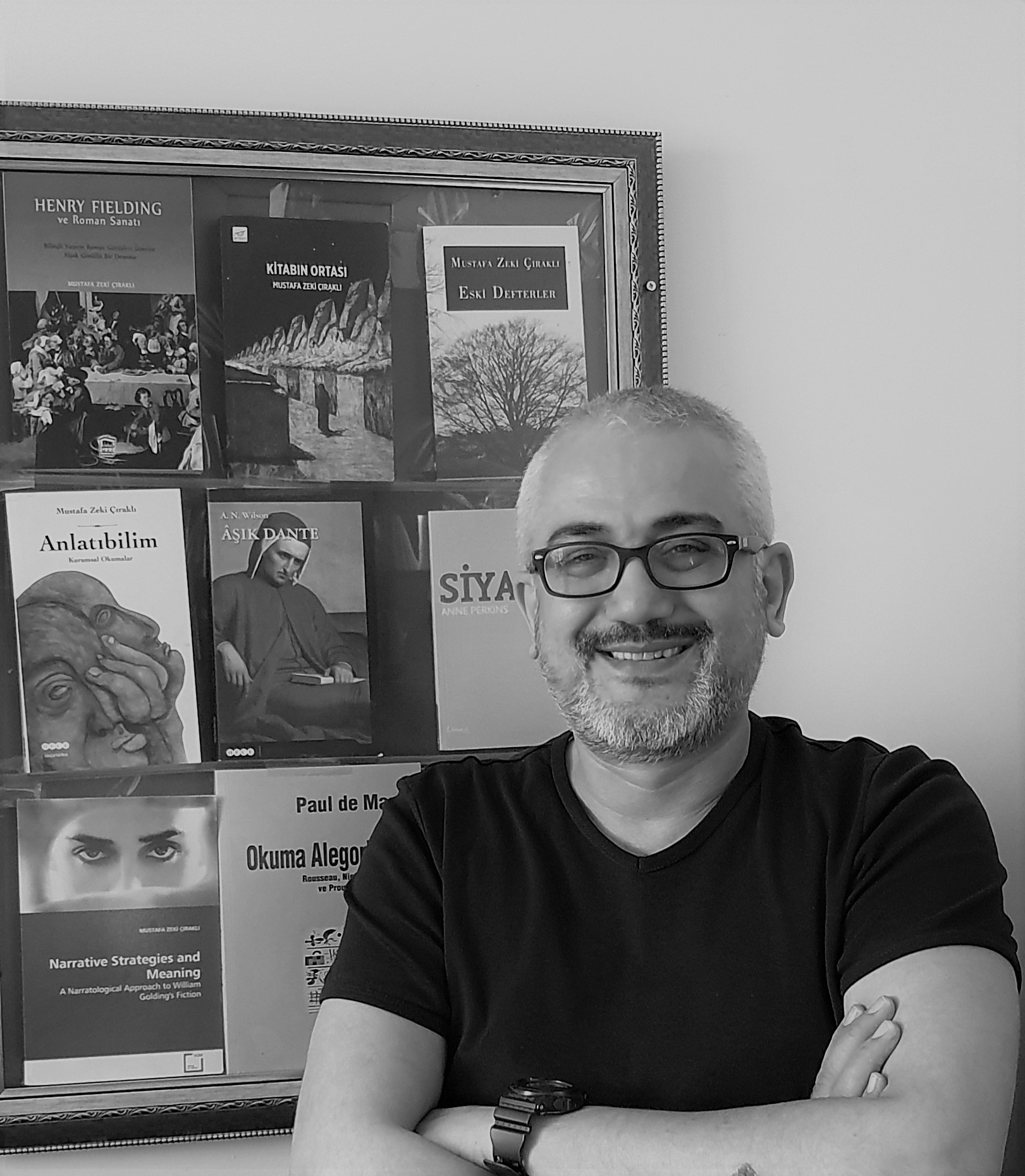 Mustafa Zekí Çirakli holds his PhD from METU, Ankara, Turkey (2010) and have specialized in narratology and modern Turkish literature. I am the author of Narrative Strategies and Meaning (a narratological analysis of Golding’s selected Fiction, included in ENN Publication list; 2010) and a book “Narratology: Critical Readings of Western and Turkish Narratives (Anlatıbilim I: Kuramsal Okumalar and Anlatıbilim II: Postklasik Okumalar 2015, 2nd Edition and volume II are forthcoming in 2020; shortlisted for the best books of the year, Turkey, 2015), a volume of the theoretical aforisms (Kitabın Ortası: 2019), a volume of poetry (Eski Defterler/Ancient Diaries: 2014), and another book on the art of fiction in Henry Fielding (Henry Fielding ve Roman Sanatı, 2015). Furthermore, I am the translator of Paul de Man’s Allegories of Reading, Figural Language in Rousseau, Nietzsche, Rilke and Proust; with an introductory chapter and critical notes; 2009, revised 2nd edition is forthcoming in 2020) and A. N. Wilson’s Dante in Love (2013). I am the editor-in-chief of the International Journal of Narrative and Language Studies (NALANS: ISSN 2148 – 4066, indexed in SCOPUS and MLA) and General Editor of the project Turkish Notes (A Comprehensive Critical Survey on the Turkish Novel in the Republican Era, including 100 representative narratives, graded C). As a visiting scholar, I delivered lectures on modern European (Western and Turkish) narratives and taught a course on comparative literature to international BA and MA students (“Latecomers: Comparing American and Turkish Fiction in the Postmodernist Era”) at the University of Dortmund (2014). I have initialised Turkish Narratology Network as well as gathering various scholars at academic conferences. I am the chair of international NALANS conferences and coordinator-in-chief of IDEA Conference (IDEA being a member of ESSE, European Society for the Study of English). E-mail: mzcirakli@ktu.edu.tr