Call for participation in the training school: Tirana and Kamza – the planned, the unplanned, and everything in between 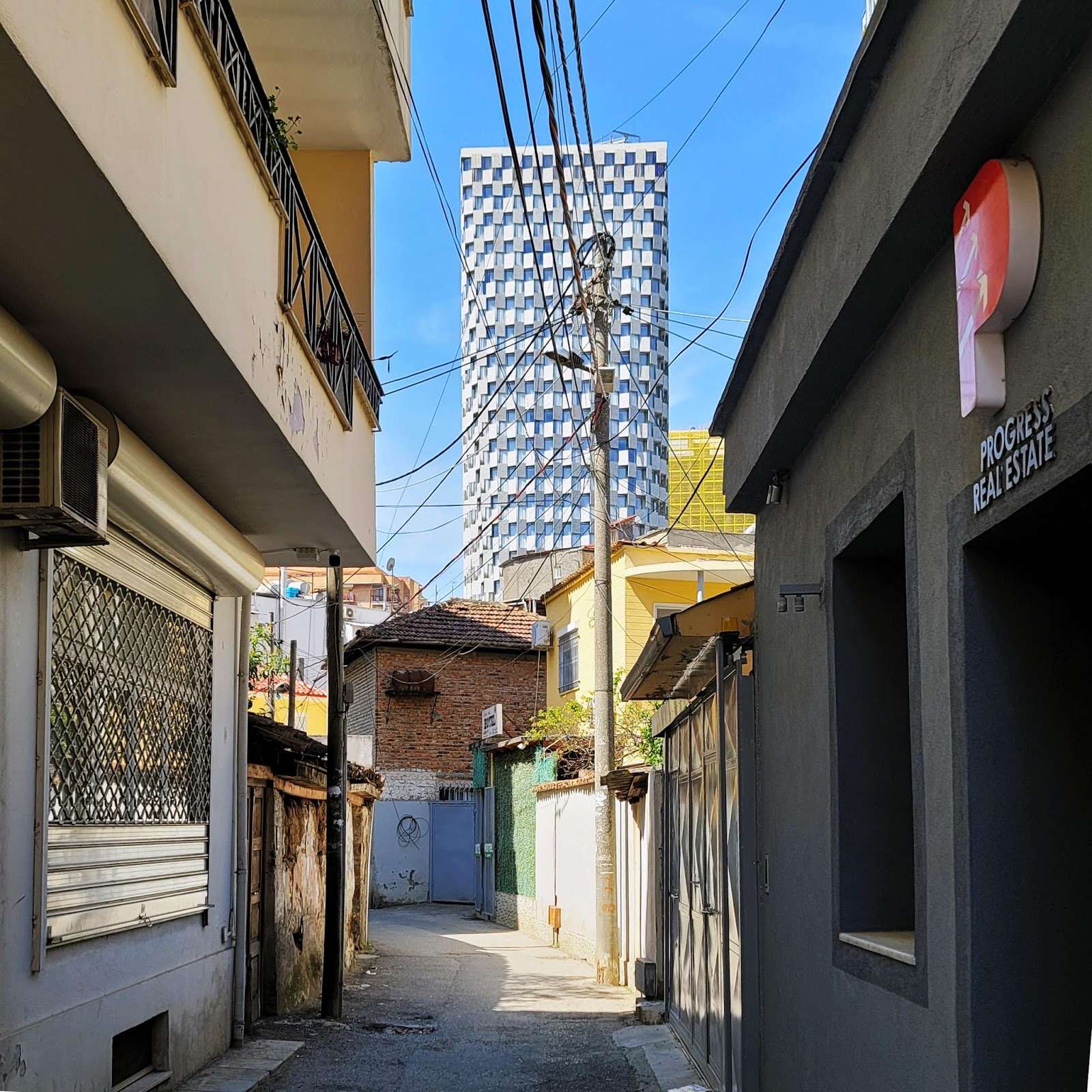 During this Training School in Tirana and Kamza we will experiment with psychogeographic walks and ethnographic film as research-creation methods to explore the tension between two concepts that have been crucial for the formation of these cities: the planned and the unplanned.

In 1920 Tirana, – a town of ottoman character at that time – was declared the capital of Albania. Since then, planning ambitions to give the city an official face started to appear as attempts to represent the country, expressing ideologies of political regimes under which Albania has gone through. Planning projects for Tirana during the rule of Ahmet Zogu (1922-1939) as prime minister, president, and king, followed right after by the colonial projects during Italian occupation (1939-1943) sought to give the capital city a western face. The communist (state-socialist) regime (1944-1991) envisioned Tirana as the ‘city for the new [socialist] man’ and contributed extensively in giving it a new character. Today, the now consolidating neoliberal regime corrodes the communitarian sphere where the unplanned anchors. Attempts to control the unplanned through planning and design can be recognized in the configuration of the main boulevard, in the urban fabric, and in the building facades that form the face of the main streets and squares. We see such attempts of control happening today with the demolition of so-considered disorderly areas and the implementation of master plans through a boom of constructions. Nevertheless, the unplanned perseveres to be an active agent in the city formation, as a material expression of human agency, of mundane and everyday spatial and material practices.

The unplanned flourished again after years of total control, at the crucial moment of the collapse of communism, which was followed by anarchic times when the controlling capacity of the state evaporated. The ubiquitous construction initiatives during this period of around one decade have been considered as an expression of individualism as a counterreaction to collectivism imposed as a party-state communist project. Although there is a component of individualism in them, – as noted in apartment extensions in socialist residential building blocks, and one-family houses constructed in newly created peripheral areas – when looked closer it is possible to see how during this moment people relied on their kin and communities to arrange their lives.  During this time, a migratory wave took place as families from all over Albania moved to the outskirts of Tirana. Kamza is a city that was created from scratch by these settlers migrating from the north-eastern part of Albania during the 1990s. Today it is the fifth biggest city in Albania and is the emblem of an anarchic urbanism, co-created and co-managed by its inhabitants, until recently when the state returns to re-establish its influence in the territory.

We will look into these two polarities, on the one hand Kamza with its autonomous character and on the other Tirana, the epitome of a perpetual desire for planning and order coming from the top. Although we define them as polarities, we will see that they both have in common the persistence of the unplanned as an expression of resistance in city formation. Beyond this, we will also reflect on the centre-periphery tension between these two polarities, the way it is created, maintained and even politically used in these settings.

In three days (one online and two in person) we will explore areas of interest in these cities, gather for lectures and discussions, and work together on producing visual stories as an outcome of the encounter with the cities and each other. Three main themes that will be explored are embodied explorations, commoning practices, and material unrest. We will visit and observe areas where unplanned construction practices have been well accepted and integrated into the urban setting, and areas where they are in the process of being erased.

The call is open to all members of the COST Action – Writing Urban Places. If you are interested in participating, please fill in this application form by 4 February 2023. All applicants will be notified about their selection. Should you have any questions, get in touch with us by sending your questions and comments to: D.Pllumbi@tudelft.nl

The City and the Myth

The workshop Skopje Brutalisam Trail was held at the Faculty of Architecture, Ss. Cyril and…
Read More